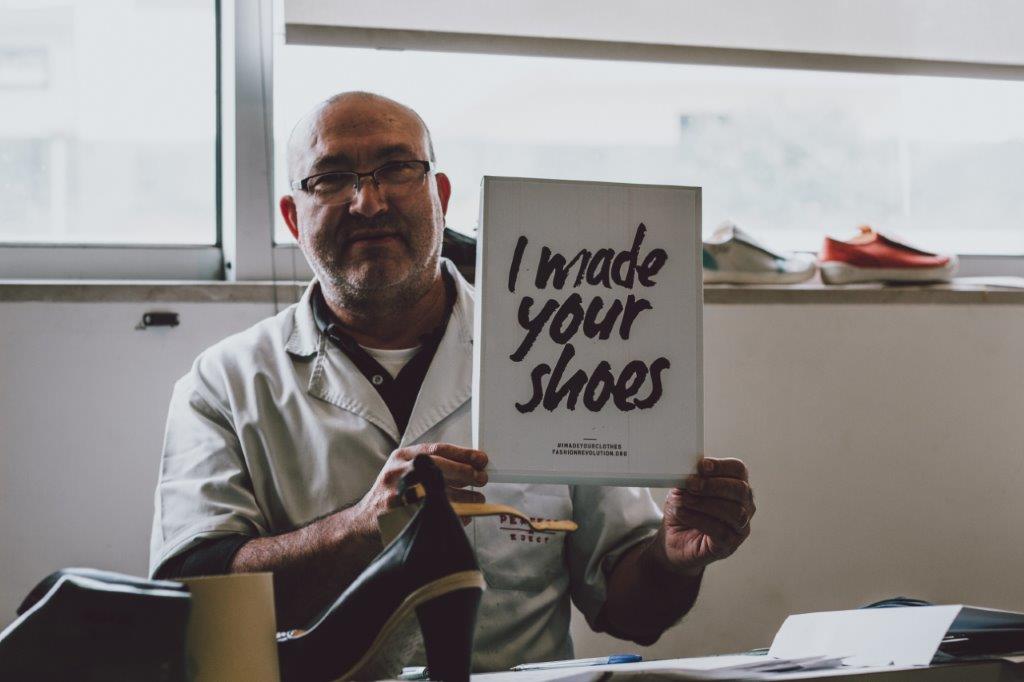 Have you Ever Heard about Fashion Revolution?

Probably when you go to a store and buy a piece of clothing or shoes, or when you stand behind your screen and click 'buy' you don't think about who made it right? You think it looks nice and you just buy it. However, behind every piece of clothing and shoe there is a story, which we should all be interested in knowing and which the brands should not hide.

Did you know that most clothes and shoes coming from fast fashion are made in poor countries and in inhumane conditions?

For example, in 2013 a disaster occurred in Bangladesh in a building known by the name of Rana Plaza and which served as an atelier for several well-known brands, such as Primark. This building, which was built without a permit and did not comply with safety standards, collapsed on April 24, 2013, causing over 1000 deaths and hundreds of injuries.

This is just one of the problems of fast fashion among many. In response to this catastrophe, a movement called Fashion Revolution has emerged, appealing for reflection on the fashion industry.

What is this movement about?

As already mentioned, this movement emerged after a catastrophe in which thousands of people died due to the lack of conditions and safety at work. Unfortunately, these kinds of situations are more common than we think, and in the end, above any success of a brand, human lives are at risk.

In this sense, Fashion Revolution encourages people to ask the question 'Who made my clothes/shoes?' and to be more attentive to the transparency of brands. On social media, there is even a movement that has grown recently, thanks to the hashtag #whomademyclothes.

Thus, Fashion Revolution arose to question the production process of what we buy, but also to alert to the lack of transparency of brands and the lack of security in the industries of the sector. Thus, encouraging a safer, more sustainable, and ethical fashion industry.

Why sustainable? Because, according to the movement, the solution to these problems is not to be radical and end the fashion industry, especially because it is a very important sector for the world economy. In this sense, according to Fashion Revolution, it is necessary to continue producing, but in a slower and more sustainable way.

Some of Fashion Revolution's objectives

Fashion Revolution works every day to achieve its goals, which are:

- Ending human exploitation in the industry;

- Maintain fair salaries for everyone involved in the production chain;

- To allow balance and equality throughout the fashion industry worldwide;

What does Fashion Revolution do to accomplish its goals?

To accomplish the goals it has proposed, this movement works hard in various parts of the world so that changes can be made.

On a cultural level, Fashion Revolution tries to make the public aware of the problems of the fashion industry, especially fast fashion. In this sense, the movement helps people understand the impact of their clothes on a social and environmental level, encouraging them to consume less, valuing quality over quantity. Finally, movements are also created, which aim to bring people together to carry out collective actions.

On the political and industrial level, Fashion Revolution influences governments to take a more active role in the sector's laws, while encouraging brands to be more transparent and change their habits.

This movement organizes a major event every year known as Fashion Revolution Week, which always takes place in April in memory of the lives lost in the Rana Plaza disaster.

This year, the event will occur from April 18 to 24, under the theme 'Money Fashion Power'. Throughout this week, the event will feature various activities such as talks, classes or film screenings that encourage change and awareness among consumers, businesses, and industry professionals.

Don't miss this movement closely, you can follow the official Fashion Revolution accounts to always be informed about various issues. Also don't miss the event that will take place this year, it will be worth it!