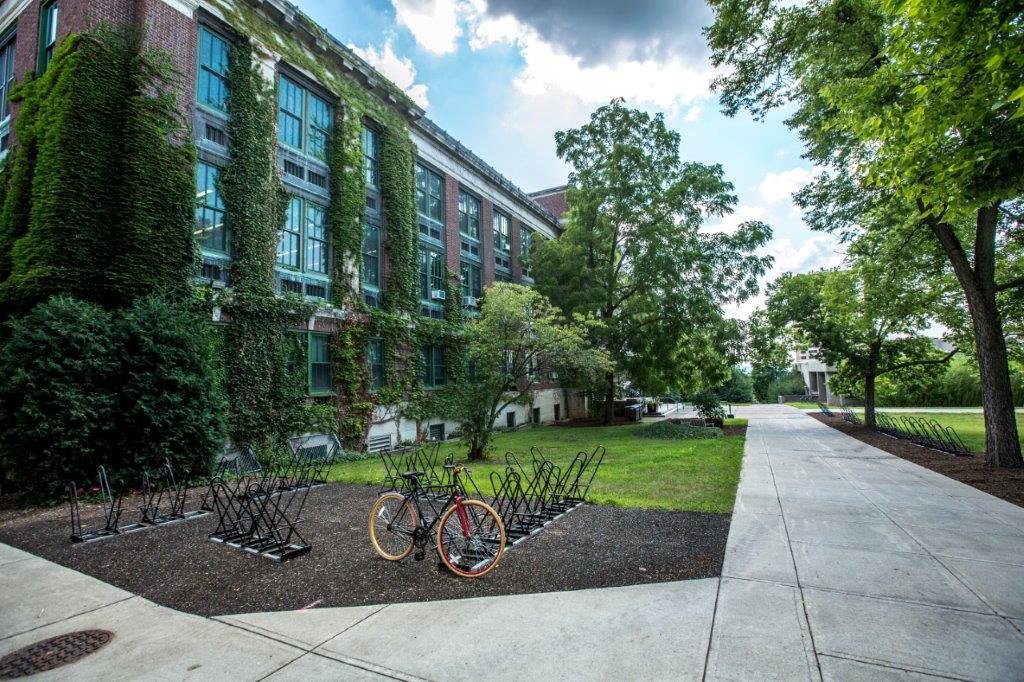 5 Sustainable Schools Around the World

In the previous article we talked about the importance of sustainability at school and the primary role that schools have to educate 'more sustainable' individuals, by setting an example from an early age.

In this sense, in this article we want to show you some schools that have emerged to change the way we see education, investing in sustainable projects.

We want to show that it is possible to have sustainability at school and that we can educate students to have more sustainable attitudes.

Get to know some sustainable schools around the world and their projects:

When we talk about sustainable schools, it is mandatory that Green School is on the list, since this is one of the greenest schools in the world. The Green School in Bali (Indonesia) was founded in 2008 and at the time had a capacity of 90 students. Today, this sustainable school has grown into a large campus that hosts about 400 students, from kindergarten to high school.

We can say that this school is an excellent example of sustainable schools around the world since both the school buildings as well as the education are based on sustainability and ecology. In fact, the Green School has almost zero environmental impact.

To give you an idea, all the buildings were built using natural materials from the region and the entire school runs on renewable energy sources.

On the other hand, the learning programs include studies in ecology, environmental sciences, or even creative arts. In addition, students take an active part in school life, such as creating and maintaining the school gardens, or in innovative projects such as the creation of an ecological bus - the Bio Bus - which transports the entire school community in buses powered by Biodiesel made from used cooking oil.

Copenhagen is the capital of Denmark, and for those who don't know, it is one of the most sustainable cities in the world. For example, in Copenhagen the roads are designed so that the population can move around by walking or cycling, since a large part of the population opts for the bike over the individual vehicle. These and many other measures have been put in place so that the city remains one of the most sustainable in the world and by 2025 the carbon footprint will be reduced to 0%.

Obviously, the city would also need to have one of the most sustainable schools in the world, right?

In this case we will talk about the Copenhagen International School, a school covered by 12,000 solar panels.

This sustainable school was founded in 1963 and is currently able to accommodate 930 students from kindergarten to high school. In addition, the school welcomes international students, being a school where students can have over 80 different nationalities.

This school is on our list of sustainable schools, as thanks to the solar panels that cover most of the school's infrastructure, the school is able to generate 50% of the energy it needs. In addition, students are not put on the side-lines; on the contrary, they regularly record the energy produced and consumed, data that is then worked on in different subjects.

Copenhagen International School also uses the roof of the school to cultivate vegetable gardens, which are developed by the students and whose products are used in cooking classes or in the school canteen. Finally, this sustainable school takes the subject of recycling very seriously, so students are required to separate their waste, which is then recycled or reused. For example, in the case of organic waste, it is placed in a special tank to be used as food for livestock.

Let's take a jump to the USA to get to know another sustainable school on our list!

In this case, we will discover the PS 62 school in New York, the first school built under Net Zero Energy principles. A Net Zero Energy building is a building with zero net energy consumption, since the energy used annually is equal to the renewable energy produced.

In the case of this sustainable school, the school has solar panels that generate enough energy to power the building, and insulation systems that help minimize energy consumption. The school also has plenty of natural light, coming in through windows and skylights.

In addition, the school has sustainable programs to educate students, such as the green roof and vegetable gardens.

Coming back to Europe, let's meet another sustainable school where everything has been designed in detail.

The Guastalla School is located in northern Italy and is actually a nursery school that was built to replace two schools that were destroyed after an earthquake in 2012.

The nursery school was built with materials with a low environmental impact and good insulation, and in addition, this sustainable nursery school has solar panels that generate energy for the school and reuses rainwater for watering the garden and flushing toilets.

In addition, the interior space is all designed and built to stimulate the senses of the children, thus taking into consideration the pedagogical and educational aspects related to the growth of the children.

Another sustainable school that we would like to highlight in this article is Una Escuela Sustentable in Uruguay.

The school is actually named after a project, a project that aims to build a network of self-sufficient public schools in Latin America. The goal of this project is really to create an impact on the children who will frequent the schools, the surrounding community, and society in general.

The school built in Uruguay was made in 7 weeks, with the participation of the local population.

This sustainable school consists mainly of recycled materials, such as bottles or cans, and has solar panels to generate energy. In addition, this school also uses rainwater for watering the vegetable gardens.

The architect's goal for this school was to reuse as many natural elements as possible, such as solar energy, wind, and soil.

The project Una Escuela Sustentable has also built a similar school with the same principles in Argentina.

This brings us to the end of our list of sustainable schools, and we hope that you have enjoyed discovering these schools that are changing the world, and maybe you will be able to sign your child up for one of these schools in the future!